Analyzing Behavior – For Medics and Corpsmen 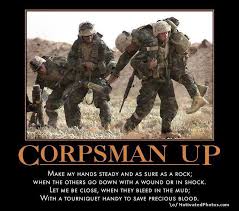 Many Marines and soldiers have gotten the call to respond to an IED strike while they were deployed to Iraq and Afghanistan.  This call isn’t always to help out other Americans. Sometimes the call comes to treat and evacuate the casualties from the local military or police forces from those countries that were the victims of an attack.

Interpreter support?  Only if you are lucky.  This makes triage and identifying the most severe casualties increasingly difficult.  A medic can quickly observe visual wounds such as bleeding or broken bones and make a determination of what type of care if required based on what they see, but understanding pain is a different case because you can’t “see” pain.  To learn that a person is experiencing pain requires communication between the victim and the responder.  If you are operating in a foreign country where people are not speaking in English, your ability to understand what the victim is communicating is going to be limited.

A recent study published in the Journal of Non-Verbal Behavior has identified that 77% of all communication relating to pain comes either through gestures only or gestures that accompany speech.  That leaves only 23% of a conversation relating to pain coming exclusively from words.  For a medic responding to a mass casualty scene who needs to make rapid and accurate decisions about who needs immediate attention, it would be negligent to not understand how non-verbal communication is used in expressions of pain.

I am not a medical professional so I can’t tell you exactly how victims use non-verbal communication in regards to pain and the study did not go into extensive detail in this area.  What the study did provide was categories for the types of information a victim wanted to convey to a responder and then determined if they chose to do this verbally, nonverbally, or a combination of the two.

The eight different areas that study evaluated the verbal and non-verbal communication relating to pain were:

It should be noted that non-verbal communication wasn’t a dominant factor in all of these categories, but, for the medic, corpsmen, or EMT in the field, not all eight of those categories are essential.  The decisions that are important for this group are results of being able to quickly analyze injuries and preserve life long enough for the victim to arrive at a higher echelon of care.  These first responders are likely to initially focus on the location, the size, and the quality of the pain to begin their treatment.  These are the categories that the study found to be communicated overwhelmingly through non-verbal means.  If you are in the medical field, taking the time to observe how patients do this when you are able to both communicate in English and in a non-stressful situation will help build the file folders necessary to do this in the chaotic environment of combat or mass-casualty situation here in America.  Learning to recognize these cues will increase the reliability of the diagnosis that you can provide as well as reduce some of the ambiguity of trying to communicate a feeling that cannot be observed by others.

The categories that were reliant on verbal communication or that had mixed results were intensity, awareness, the cause, and the effects of the pain.  As a first responder, you are likely to have some level of understanding of the cause, for example an IED attack, which makes it slightly less important for the initial level of care.  Also, as shock begins to set in on the victims, the victim may not have any awareness yet of the pain they should be experiencing.  While this will likely be a concern for the higher level of care, those doctors need to understand that people prefer to communicate these types of information through words and should be prepared for that.

Even in situations in which both parties can speak English, verbal communication of pain is difficult to express.  How people describe pain, whether “it is a throbbing pain,” “it is piercing,” or “the pain is dull but continuous,” can be vague and ambiguous.  That may or may not actually help the responder who is trying to figure out if you have internal injuries and if those internal injuries are serious, since they can lead to different assessment.  If you were to rate the intensity of your pain on a scale of one to ten, what you consider a four may be considered an eight by someone else, making that classification just as difficult to use when attempting to make an accurate diagnosis.

While having the support of an interpreter would help this situation to a degree, there would still be limitations, as an interpreter would have to attempt to translate ambiguous terminology and descriptions about pain into English.  As the person’s understanding of the nuances of the English language may not be fully developed, the interpreter’s ability to effectively communicate the meaning of what the victim is saying may not be at a sufficient level.

This isn’t just a dynamic that is important overseas either.  Some of my coworkers were the first responders on scene to a car accident just north of Los Angles last summer, and a number of the victims were non-English speakers.  Luckily for those victims, the car was full of Marines with combat experience that happened to have a first aid kit handy, but their ability to diagnose the injuries was greatly limited by not having the ability to communicate verbally. The decisions they made were based off of the wounds they could observe, as they were likely the ones most directly related to saving their lives, but as the paramedics took over the scene and began talking with the victims, if they didn’t have the ability to communicate, they would end up ignoring many of the other cues that might be present.

Communication is a two-way street, the study confirmed that the victim will use non-verbal means as a way to explain the pain they are feeling, but as a medic, it is up to you to understand what they are trying to tell you through their body language

If you have experience in this field and can help other readers identify the cues that show how the victims will actually communicate the location, size, and quality of the pain they are feeling, post them up here to pass it on.

Rowbotham, S., Holler, J., Lloyd, D., Wearden, A. (2011). How Do We Communicate About Pain? A Systematic Analysis of the Semantic Contribution of Co-Speech Gestures in Pain Focused Conversations. Journal of Non-Verbal Behavior, 36(1), 1-21.

Previous Post This Is Why We Don’t Teach Racial Profiling

Next Post The Profiling Terminology – For Function And For A Framework