September 2, 2016 in Learning About Learning

We all know that person at work who can seemingly read every situation they find themselves in and turn it into something beneficial for them. It’s like watching action heroes like James Bond or Jason Bourne, people who can seemingly pick up on everything that is happening around them and then use that information to make better decisions than those with untrained eyes. We find ourselves in awe of those naturals who have learned how to dissect situations, find the patterns and seemingly predict the future.

Life might not be like the movies, but those same deliberate observation skills can be developed. While it certainly takes a lot of work to become skilled at recognizing pre-event indicators, for police officers looking to get and stay left of bang, here are three tips to make situational awareness second nature.

#1: Begin With The End In Mind

The way that these naturals so adeptly navigate complex and difficult situations is what often attracts our attention and carries an air of mystery. However, how they find the solution isn’t the first step, it is the last. Before you can END_OF_DOCUMENT_TOKEN_TO_BE_REPLACED

Changing The Negative Narrative: How the 20-60-20 Theory Can Improve Public Perception

This article was also published in the Journal of Illinois Tactical Officer’s Association.

Public perception of and support for law enforcement is a “point in time” statistic. It isn’t fixed or written in stone. It is something that can be influenced and improved or it can deteriorate and decline, but it isn’t permanent. I know how frustrating it can be for many of the 1.2 million law enforcement officers in America[1] to be judged because of the actions of a few people. It was no different for the 1.4 million members of the military who were judged because of what eleven soldiers did at Abu Ghraib. While national news outlets have been effective at shaping the current negative perception of police officers, that image does not have to endure. In the wake of the Baltimore riots this past April, allow me to provide an approach and a method to police officers who want to rebuild trust and support in the communities they patrol and overcome the negative narrative.

The 20-60-20 Theory is a framework that I recommend law enforcement officers consider when seeking to earn the trust of the neighborhoods they work in. The 20-60-20 Theory helps to define things that you can control and should in turn focus on, as well as the things that you can’t control and shouldn’t spend time dealing with. The 20-60-20 Theory is built off the Pareto Principle, which is often discussed as the “80-20 Rule,” which says that, for many events, 80% of the effects come from 20% of the causes. If you were to apply the 80-20 Rule to business, it would say that 80% of a company’s revenue comes from 20% of their customers. Another example is that 20% of a company’s employees cause 80% of their problems. If you apply a standard distribution to the 80-20 Rule, you would create a bell curve with an equal 20% of the population on each end of the spectrum and a remaining 60% of the population in the middle, as shown in the diagram.

From Theory To Policing

When you apply the 20-60-20 Theory to law enforcement, this principle shows that there is going to be 20% of the population that is never going to support police officers. There is simply nothing END_OF_DOCUMENT_TOKEN_TO_BE_REPLACED

This week, Jonathan and I had articles published in “ITOA News: The Journal Of The Illinois Tactical Officers Association.”

The longer our friendship with ITOA has continued, the more impressed we are with the resources and training they provide their members.  If you are an officer in Illinois, make sure you check them out.

The two articles were:

It’s How You Say What You Saw

February 3, 2015 in Applying The Observations

Here is an article that was recently written for and published in the Illinois Tactical Officer’s Association (ITOA) quarterly journal.

“The benefits of Tactical Awareness don’t end with the recognition of someone who warrants additional attention. Tactical behavioral analysis provides a vocabulary for police officers to articulate what led them to make decisions.”

Take a look at “It’s How You Say What You Saw.”

The Next Level of Tactical Awareness

Here is an article that I wrote for the Illinois Tactical Officer’s Association’s (ITOA) quarterly journal about how behavioral analysis applies to law enforcement.

The Next Level Of Tactical Awareness – Getting Left of Bang.

If you are attending the conference, make sure you stop by our booth to say hi and swing by the presentation that I’ll be giving on Monday afternoon. 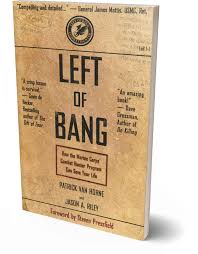