This Is Why We Don’t Teach Racial Profiling

September 10, 2012 in Applying The Observations 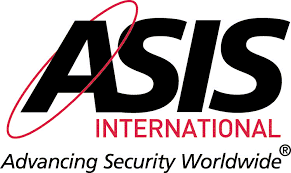 I’ve mentioned it here on the site that we do not teach or condone racial profiling, and we never will.  A presentation I saw today reinforced and put that fact into a different perspective for me.  Whenever the topic comes up, I always unwaveringly state that pre-determined facts such as race, gender, and age are in no way a pre-event indicator for violence.  Even in areas where a person has a choice, such as religion or cultural ideological beliefs, those facts are not pre-event indicators for violence by themselves.  Even though I think that people who would rely on these traits are foolish or naïve, normally when I comment on racial profiling in a post, I do it because of some recent incident or recent claim.  I do it to clearly separate myself from the outrage around the concept.

I was listening today to a presentation given by Michael Rozin at the ASIS International Conference in Philadelphia, I heard him refute a race-based approached more concisely than I ever have. Michael Rozin is the President of Rozin Security Consulting and, as a former sergeant in the Israeli Defense Forces infantry and a former security agent at Ben-Gurion Airport in Tel-Aviv working for Shin Bet, he has a wealth of experience in the behavior detection field.  Since moving to America, he has created an extremely successful behavior detection program at the Mall of America training every level of employee in the mall to create a safe shopping environment.  He is one of the few in our field that can show numerous case studies to show a measurable benefit of behavioral profiling.  He is able to cite how his training successfully stopped an active shooter situation at the Mall of America before it occurred.

He isn’t overly concerned about being politically correct (PC) when it comes to racial profiling.  Israelis generally are unapologetic when it comes to admitting that they use race and religion as a starting point when it comes to identify and detecting threats.  It isn’t the only factor, but it can play into the decision to question a person at times.  Even with that background, he adamantly states that it is in no way part in the security plan he helped create for the Mall of America.

I liked the way he worded it to his audience today. “It isn’t a matter of being PC, it is a matter of operational effectiveness.”  There is probably no better way to get this point across than the way he said it.  The reason a behavioral based approach to detecting and stopping threats is so effective is because we don’t concern ourselves with those irrelevant factors.

The underlying structure we use for our course is grounded in Heuristic decision-making strategies.  One element of heuristics is what is called a search principle.  What this means is that we teach Marines, police officers, and security professionals to only look for (search for) valid indicators of human behavior and threats, and to ignore the rest.  This is what allows us to make quick decisions with limited time and limited information.  We can’t be weighed down by biases or have them affect the decisions we make on patrol.

The only concern we have is operational effectiveness.  Perfect.

Next Post Dear World – Have You Lost Your Mind?