The foundation of any behavioral profiling program begins with a deep understanding of what a person is conveying through their nonverbal communication.  Tying the domains Kinesics and Biometrics together allow us to quickly make decisions about a person’s intentions, capabilities and emotions.

The six clusters that we use to classify an individual’s behavior (Dominant, Submissiveness, Uncomfortable, Comfortable, Interested, Uninterested)  are the science behind our observations.  With all of these clusters, don’t forget about the Combat Rule of 3’s – that we are going to look for three indicators that all lead to the same cluster before we make a decision.  If you have the science part of the observation down, you are ready to apply the art of the observation and decide if that cluster you have identified fits the baseline or is an anomaly. 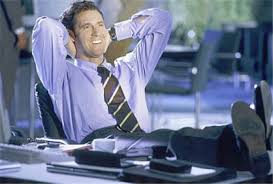 The Dominant Cluster is the manifestation of the limbic system’s “fight response.”  Even though we are rarely in situations that require an actual fight, the Dominant Cluster is how we use our body to intimidate someone else or when we want to be perceived as being in control of the situation.  The key driving force of the dominant cluster is an observation about how much space the person is taking up.  This will be seen when a person tries to show his authority by requiring a great deal larger of an area for his presence.  This is a form of territoriality.  Seeing three of the indicators below can lead to make a determination of “Dominant.”

–       Seated – Legs crossed (if uninterested to block himself from the person)

–       Standing – Stretching torso and making oneself look taller by standing upright and erect, this can be complemented with their chin up and the chest thrust out

–       Steeple gesture with hands (perceived as intellectual and confident), if also touching the lips it may be evaluating

–       The facial expressions of anger, contempt, disgust, and happiness

–       Dominant people may breach other’s “intimate” Proxemic zone, showing they feel they can go wherever they want

–       It isn’t the ownership of status symbols that show wealth or power, but the flaunting of them or attempts to draw your attention to them makes it dominant

–       They might walk down the direct middle of a path, forcing and expecting people to move out of their way by demonstrating that they are not going to move

–       Belittling and criticizing a person

–       Ignoring someone else’s presence or their part of the conversation

–       If evaluating, may be looking over the top of their glasses, pursing their lips or holding their chin in their hands