Veterans Week at The CP Journal

November 9, 2012 in Veterans, Business, and Security 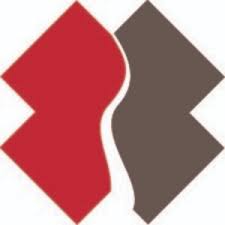 The 237th Marine Corps Birthday and Veteran’s Day this year have special meaning for the Rockaways, a neighborhood in the New York City borough of Queens.  Last week, Super Storm Sandy hit this neighborhood particularly hard, destroying entire houses, flooding basements while leaving behind feet of beach sand behind, knocking out electrical power that still hasn’t been restored, and more.  To add insult to injury, yesterday’s first winter storm of the season, Winter Storm Athena, added a few inches of snow to the area and brought temperatures even colder.  If you ask the locals congregating at St. Francis Church, where the recovery efforts are being coordinated from, if there has been any saving grace, the name Team Rubicon comes to mind time and time again.

Team Rubicon is a nonprofit organization that provides disaster relief to areas around the world that get hit particularly hard by Mother Nature.  They aren’t the Red Cross or FEMA; TR is designed to bridge the gap between the capabilities of large and small disaster response agencies, which provides the best possible relief to hard hit areas.  They are a team of veterans that have come together to help those in need.  They are veterans who want to continue serving and continuing to lead a life of purpose even after they’ve taken off their uniform. Over the last ten days, they have been cleaning out basements, providing medical support, and bringing a sense of hope to a neighborhood that is facing a long journey back to normalcy after Sandy.

While I was assisting Team Rubicon yesterday morning one resident of the Rockaways told me that efforts of Team Rubicon are the first thing that his neighbors talk about each morning, and that they make sure to update each other on the progress Team Rubicon has made that day before they go to bed.  Another resident said that Team Rubicon members are considered the “Angels of Rockaway” within the community, and that their help will never be forgotten.  You can see their signature red baseball hats, Team Rubicon sweatshirts and tee shirts, and camouflage fatigue trousers from all services pushing wheelbarrows from house to house in a series of videos and pictures that get uploaded to their website each day.  For people used to making donations to large organizations and having no idea what effort their money contributed to, TR prides itself on making sure every donation goes directly to the relief, not to cover organizational overhead.

For the volunteers that make up Team Rubicon’s ranks, the work they are doing isn’t anything special. It is what they spent a military career learning to do.  This is why this audience is so unique in disaster relief, because veterans offer the experiences gained from over a decade of combat in Iraq and Afghanistan that allows them to push through the challenges people face following a natural disaster.

The capability that veterans offer isn’t limited to natural disasters, and countless articles have been written supporting the theme of how veterans succeed in Corporate America.  However, in today’s economy veterans continue to struggle to land jobs as they transition off of active duty.

Next week will be Veteran’s Week here at The CP Journal. we are going to put profiling on hold for a few days and provide a four part series designed to provide the information needed for vets to thrive in the job market and take advantage career opportunities available.  Team Rubicon succeeds because they have held themselves to a higher standard in supporting veterans.  They empower vets to continue to serving following their time in the military and is the same way that they can take control of their job search.

Come back each day next week to check out the series and thanks for reading.

Previous Post Natural Lines of Drift In An Online Environment