Behavior of the Boston Marathon Bomber 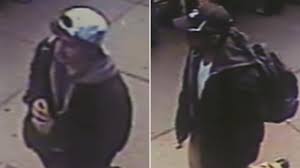 Like many people, I haven’t strayed too far from the TV today as I’ve been waiting to see this massive manhunt end and Dzhokar Tsarnaev get taken into custody.  I saw this interview describing the behavior of the 2nd suspect on the day after the Boston Marathon Bombing and thought it would be worth sharing.  In this clip, CNN interviews the owner of a car shop frequented by Dzhokar and describes the way he was acting 24 hours after the attack.

Listen to the way the owner describes his behavior.  The owner says that Dzhokar was acting like he was on drugs, that he was biting his nails, that he was nervous, and that he was walking in circles.  These are all indicators from the Uncomfortable Cluster.  What makes this observation so important is that the owner states that he never saw him act this way before – ever.  He might not use the words “deviating from the baseline” or that his behavior was an “anomaly,” but that is exactly what he is saying. This Uncomfortable behavior that people may otherwise classify as jittery, nervous, or anxious is a tell-tale sign of someone experiencing a stress response. To see where this stress response comes from and why it is such a reliable indicator, take a look at this article here.

Reporter:        …and acted very curiously with this auto-body owner, so he thought he was on drugs it was so bizarre. He’s known him for two years, never seen him like this. The day after the marathon, watch this.

Shop Owner: Tuesday I saw the youngest man, you know, the youngest brother. He came to my shop, he was standing right there, and he came, I’d say it was around 12:30-1:00. And he had a car that he dropped in here, which was two weeks ago and he told me the car belonged to his girlfriend. You know, he disappeared for two weeks and then Tuesday he came, he said “Where is the car?” I said, “The car is in the parking lot, but I haven’t worked on the car yet. He just removed the rear bumper and he removed the taillights. But he said, “I don’t care, I don’t care. I need the car right now, I need the car right now.” I said “Why? You know me, it takes time.” He said, “No, I need the car right now, and he was biting his fingernails which he’s never done before.

Shop Owner:  Nervous, very nervous. I thought he was on drugs, to be honest with you; because I never seen him, you know, I’ve known him for probably two years and I never seen him acting the way he was acting.

Shop Owner:  No, no. He was nice dressed, and I told another friend of mine that he had a pair of shoes, which costs like $900. When the friend of mine asked him about his shoes and what he paid, he said “I payed $900, which was a Louis Vuitton, you know. He said “Give me the key.” I said “The car’s in the parking lot but there’s no tail light”; and he said “I don’t care, I’m going to take the car the way it is because my friend, she wants the car back.”

Shop Owner: You know I was working on a car in here, was putting a car together and he came and at first he went in a circle, you know, he bite his fingernails; which I thought it was hid friend. I said, “This dude is on drugs.” He said “I want the key, I want the key. I gotta take the car right now.  So I gave him the key and he left.

Shop Owner: Alone. He lives right across the street, that’s why he always used to come in here, you know, see the cars, or brings friends to repair the cars.

Shop Owner:  It was a Mercedes. It was probably like a 2007 Mercedes, Wagon, Station Wagon. Which is a nice car, really worth a lot of money; and all his friends, which they said they’re from Turkey, you know, they go to BU and MIT. They all want new cars. Brand new cars, I’m talking high end cars, you know, Range Rovers and Porches, and BMW’s, which is nothing new. You know, Boston’s a college town, you know some kids, they come from overseas they have the money to afford to buy new cars.

Next Post Threats Inside The Wire E-Book Now Available

December 5, 2012 Threats Inside the Wire – The Cues and The Clusters Read More
December 20, 2013 Making The Most Of Holiday Parties Read More
November 6, 2012 De-Mystifying the IED Read More