Closing The Deal In The Boardroom, On The Battlefield, Or In The Bar 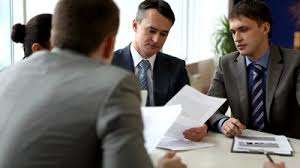 We’ve all been there before.  We thought we had done enough to get the “yes,” whether it was for a new contract, an agreement with a village elder in a foreign country over the placement of a new well, or the number for the girl you’ve been talking to at the bar.  In fact, we were probably so confident in our presentation that a “no” was no longer even a real possibility in our mind.  Because of this, we probably stopped looking for the cues that could have alerted us to the impending and humiliating rejection that was around the next corner.  It might not always be an outright no either.  At first it could even be a “yes” just to get us to stop talking which also provides them the time for the “buyers remorse” to set in and have the deal breakdown later on.  Where did we go wrong?  It started by failing to read the behavior of the prospect to realize the deal was on the fritz.  While there could be a few different clusters that we failed to identify, in cases of buyers remorse, it is likely that we failed to see the Uncomfortable nonverbal cues on our prospect.

In other posts, I’ve talked about how being “Uncomfortable” is a result of the body’s flight response to stressful and threatening situations, and it has been talked about being the gestures and postures associated with either wanting to physically leave the area or establishing body language barriers to protect oneself from a threat.  To put it a little more clearly, when looking for uncomfortable cues, think of how you would act when you just want to be left alone.  When you want to be left alone you no longer want to communicate with people, whether it is because you are tired, have lost interest, or have something better to do – the desire to continue the conversation has passed.   This is what makes it such an important observation to pick up on when talking with people, because it shows that something has changed.  In the case of closing a deal, this desire to end the conversation could drive a person to lie to you, simply to get you to walk away.

Among the other cues that we could use to categorize someone as acting uncomfortable, look how that would affect communication.  They may suddenly stop mirroring your body language, they could pull back from you as you lean forward, they might begin to rub their face with their hands to block it as you try to hold their gaze, or they could turn their body towards the exit to show their desire in leaving the area.  It is important to remember that we always want to assess clusters of three or more cues before making a decision.  A lot of people are naturally anxious people and may bounce their legs, tap their fingers, or seem continuously nervous.  Finding three indicators that all lead towards one of the six clusters allows these observations to become reliable indicators of how they are feeling.  Observing pacifying behavior, a jittery bouncing leg, and maybe some nervous sweating becomes an observation that you can be extremely confident in and accurately assess a person as being “Uncomfortable.”

When people ask if profiling is an art of a science, the answer is that it is a good mix of both.  The science comes from being able to accurately assess how people are feeling in the situation.  Reading the body language and concluding that they are in one of the six clusters can lead you to be reasonably certain of that fact.  That is the information that you need to make a decision.  The decision itself, however, is the art form and comes in when figuring out what to do with that information.

When it comes to threat recognition, the decision is whether or not a person acting (dominant, submissive, uncomfortable, comfortable, interested, uninterested) fits the baseline for the setting or is an anomaly.  When it comes to influencing the behavior of others, the art and decision are how you can make that person comfortable.

Making someone comfortable is why rapport is so important in a conversation.  When rapport is established, you are no longer perceived as a threat, and the person’s body language will begin to relax.  How do you make someone relax?  Someone people might need you to act in a dominant role while others might need you to act in a submissive role.  Someone people might want you to lay out a logical and linear argument of the facts while others might require and engaging story that elicits an emotional response.

This is what a behavioral based approach to decision making offers, it makes every engagement based on conditions.  If you know that you need to make someone comfortable before you can close the deal, you can keep testing out different hypotheses and see which one is the most effective.   In order to prevent buyer’s remorse, you need to uncover what is causing that person to feel uncomfortable and target that motivation to ease them of their fears.  This is also why a behavioral and conditions-based approach to selling is necessary for anyone operating in an environment where you have to make decisions with very little time or very little information (such as negotiating business deals, operating overseas, or trying to pick up a girl in the bar).  Failing to recognize that the other person is uncomfortable is ignoring a huge amount of information, and more often than not, it’s the way that you resolve that person’s feeling of being uncomfortable that you have success over the long term.