How The Brain Controls Behavior 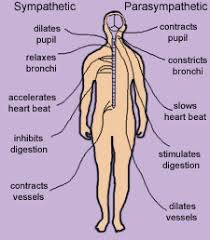 The human brain is the one and only common feature that will let us find the similarities between people that cross cultural boundaries and allow us to confidently assess their behavior anywhere we go in the world.  Our brain, whether at a conscious or unconscious level, controls every action that we take. When it comes to understanding how and why we do certain things, and being able to anticipate what a person is about to do, we have to look at how the brain actually controls and affects our movement.[i]   A simple understanding of what the brain’s limbic system does will open the door to our understanding of human behavior.

The Limbic System is the area of our brain that is solely focused on ensuring our survival.  As information enters our brain through our sensory systems, the way our brain analyzes everything that is happening around us will affect the way we identify and perceive anything considered threatening.  If something is determined to be a threat, our bodies immediately execute the freeze, flight, or fight response to either distance ourselves from the threat, or prepare to fight and kill the threat in order for us to stay alive.  There will be an article posted later this week that discusses how the Limbic System actually processes this information, but what is important for anyone trying to analyze behavior, is how the body displays the flight or fight response.

For a breakdown of the components within the limbic system, read the explanation and descriptions here.

Once the brain has decided on a response, the way that the brain communicates message to the rest body, is primarily through our body’s nervous systems.  The chief messenger in this chain of events is the Autonomic Nervous System (ANS), which regulates the body’s internal organs, including parts of the eyes, salivary glands, hair follicles, blood vessels, sweat glands, and the heart, basically all of the vital functions of our body.[ii]  To control these organs, the ANS is made up of two sub-systems: the Sympathetic Nervous System (SNS) and the Parasympathetic Nervous System (PNS.)

The Sympathetic Nervous System (SNS) is considered the fight or flight system[iii] because it prepares our body for action.  It increases our heart rate, which in turn increases the heart output of blood flow to our muscles.  It causes our pupils to constrict so that we can focus on a specific threat.  It slows our digestive system down so that those organs are not pulling blood away from the major muscles that require the blood in order to take flight or to fight.  This is what is physiologically controlling the Biometric cues that we look for, such as pupil size, heavy breathing, and flushed skin.  When blood flows to these major muscle groups such as our arms and legs, we are more capable of protecting ourselves.  If we use our arms and legs to establish barriers between people, we need additional blood to help protect those areas from the blow of an attacker.  That is why the Kinesic cues that show a person is “Uncomfortable” are so important to us, because they show us the body is preparing for flight.  If someone enters our Proxemic Intimate Zone uninvited, causing our body to prepare for flight so that we can reestablish a comfortable distance between the group.  The SNS is generating energy, which must manifest itself somewhere on the body.  When people are in situations where they cannot physically flee the scene, that energy is released from the body in what we called pacifying behavior.  As people rub their hands together, rub them on their pant legs or take drawn out breaths, they are trying to release that energy and return to a calm level.  Obviously, we can’t observe the SNS itself, but we can observe the body’s response to whatever stimulus activated the SNS.  The SNS response however, is not good for our body over time.  It causes stress that takes a toll on our body and is why people with high blood pressure and who are continually stressed out die at a younger age.

To balance out the effects of the SNS on our body, we also have the Parasympathetic Nervous System (PNS) to counteract those effects and return our body to a resting or calm level after the threat has passed.  The PNS is considered the rest and digest system[iv] because it reduces our heart rate and blood flow to our major muscles, lowering our blood pressure to a sustainable level.  It causes our pupils to dilate, returning our vision to a broader field of view.  As we return to our normal level, where we are unconsciously (or consciously) searching for threats, we need our eyes to be wide open and taking in a great amount of light.  The PNS also allows our digestive track to become more active, which draws blood back to those organs, which could be a reason why many people have to use the bathroom following stressful events.  Because the PNS helps you return to a normal physiological level, this is usually the Kinesic and Biometric baseline for people.  In the comfortable cluster described in Kinesics, people don’t use pacifying behavior because there is no energy to be released.  When a person is welcomed into our Intimate Zone, we don’t generate the stress response because our amygdala doesn’t respond to a threat.  A non-threatening situation and a person who has been balanced out by the effects of the Parasympathetic Nervous System will be identical, as they both cause someone to appear to be comfortable.

When people get that gut feeling that something is off and then begin to search their surroundings for a threat, it is a result of the physiological response this entire process caused.  Because your amygdala (focusing on threats) can rapidly identify a threat with the help of the hippocampus (storage of memories,) it can trigger a response in the ANS before you have even become consciously aware of the threat.  As the ANS commands the SNS to prepare for flight or fight, your body will begin to remove blood from your digestive track.  This will physically alter the way your stomach feels, prompting you to become aware of a “gut feeling.”  As your awareness elevates and you believe that you need to search your surroundings for a threat (because you felt it,) your brain is also transitioning the awareness of the threat from the unconscious to the conscious.  This unconscious recognition of a threat based off of your file folders (previous experiences) is what is referred to as intuition and plays a vital role in Recognition Primed Decision Making.

Wherever we find ourselves in the world, the way that the Limbic System controls the behavior of the people around us will be the same.  Because this process is occurring outside of our conscious awareness, the way a person’s body language and behavior shows a limbic system response will provide us with the non-verbal communication we need to make accurate predictions. This is what makes the profiling domains universally applicable and not culturally specific.  This is the “Why” when it comes to analyzing behavior.  This is the underlying cause, so once it is understood and once observers can use these responses to stress to make conclusions about a person emotional state (Dominant vs. Submissive, Uncomfortable vs. Comfortable, and Interested vs. Uninterested) they will be able to harness the information that is ignored by so many others.

Next Post Great TED Talk about Dominance vs. Submissiveness