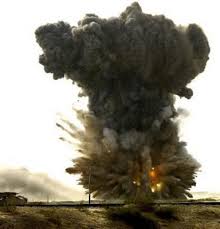 Picture a timeline that goes in each direction indefinitely.   Somewhere in the middle of that line, we will mark “bang.”  Bang is the incident.  Bang is the IED detonation, the sniper shot, the attack, the mugging, or the crime being committed.  Bang is minute zero on your timeline.

Any time we say that you are acting “Right of Bang,” we are saying your actions are occurring after the fact.  The crime was committed and then the police were called.  The IED detonated and then the Marines established a cordon.  The mugging began and then you defended yourself.  When you are “Right of Bang” you are responding to whatever stimulus occurred at bang.  As predictive profilers, this is whenever we are functioning reactively to our enemy or criminal and we don’t have the initiative.  This is not where we want to be.  Being right of bang means a person has to be attacked before we can identify the criminal.

When we say you are observing or taking action “Left of Bang,” you are being proactive.  All of the events that have to occur before bang are placed left of the incident on our timeline.  If there are 15 tasks that have to be completed for an act to become “bang,” you don’t have to observe all of them for you to know what is about to happen.  That is what predictive profiling is all about.  Left of bang means we will be able to keep the enemy and predators reacting to us, instead of the other way around.  It starts by being able to identify them hiding in the crowd.

Whether you are playing chess, fighting crime, or waging war, anytime you can keep the enemy reacting to you will greatly increase your chances of success.

September 30, 2011 Understanding The Limbic System Is Like Telling Time Read More
May 2, 2015 Distance and Threats – An Unpublished Section from “Left of Bang” Read More
March 20, 2012 What Makes The Cut – Unclassified and Practical Read More