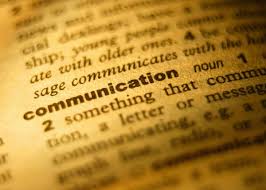 This is the last article in the Veterans Week series about how to take control of your job search and control how people research you.  To an overwhelming number of people in the military, setting up a blog might seem trendy, superficial, or even like a waste of time, but without it you have conceded control of what other people are saying or seeing about you.

My reason for recommending that you start a personal website is to give you a tangible product that you can show to a future employer that highlights your ability to apply what you learned in the military and translate that to success in the private sector.  Think about the experiences that you have had fighting a counter-insurgency battle in Iraq and Afghanistan.  Think about the underlying factor that drives an insurgent’s initial success.  It is his ability to communicate an ideology or a cause to a large number of people, and to convince them to actively support his mission to see that cause come to fruition.  Without his ability to get people on board, the insurgency would never grow past a small core group.

Businesses crave the same level of influence with their customers that insurgents have with the local population.  Businesses undertake a number of efforts to build a large base of followers and systematically convert them from passive readers into active participants.  They want to take current customers and turn them into walking, talking billboards and advertisements.  There is a reason they call it guerilla marketing.

Here is the challenge.  Start a website and build a following.  Find out how to best communicate information about a cause in a way that continually draws readers back to your site.  Trust me, it isn’t as easy as it might sound, and it won’t happen overnight, but can certainly be achieved with time and effort.  David Galula, in his book, Counterinsurgency Warfare: Theory and Practice, talks about some insurgent movements that took years to build a following before they were ready to take action against the government.  It will be a continuous process of putting out content, working to elicit quality feedback from readers, and continually refining the content into a product that allows you to show the growth in your sites readership and personal audience.

Attaining this following might take longer than the time you have left on your contract, but that’s all right since the first job you get as your transition out of the military might not be your ultimate career goal. As you keep building your following, you can highlight your ability to communicate, network and grow to future employers.  Learning how to build an audience is not something that companies will gloss over.  Trust me, it will attract their attention.  You might even be able to use your audience to get the job in the case that you take a sales position where you need a network that you can immediately plug into.  How you communicate this capability in a job interview will be the next step, but without the base, that isn’t a hurdle worth negotiating.

The additional benefit of creating a blog is that the effort and time that you put into creating content controlling what people see when they research you becomes material that you own.  This is different than content you post Facebook or Twitter, the posts and updates that you write become property of those companies, so if they were to close their doors, you would lose that content.  Owning the content and the work you put into creating an online presence is certainly a great reason to start a blog and will contribute to your long-term success and magnifies your ability to show your true character, your passions, and provide the ability to stand out from the crowd.

Of the two books that I recommended in the last post, Chris Dessi’s book Your World Is Exploding really drove this home for me as I evaluated what people would see when they researched me.  If there is anything I can do to help you get off the ground, please let me know.  I certainly had a ton of help making my first site that I wasn’t too embarrassed to tell people about, it paid off in spades and I would love to repay the favors.  Taking control of how people research you and controlling page one of the search all begins by creating content to separate yourself from the masses. Because it is all in your control, there are no more excuses.

Previous Post Taking Control Of Your Career – Your Professional Capability

September 30, 2012 What Is A Professional? Read More
May 17, 2012 Check Out Carlsbad CrossFit Read More
April 9, 2013 Why The Security Industry Is Sitting At The Kid’s Table Read More